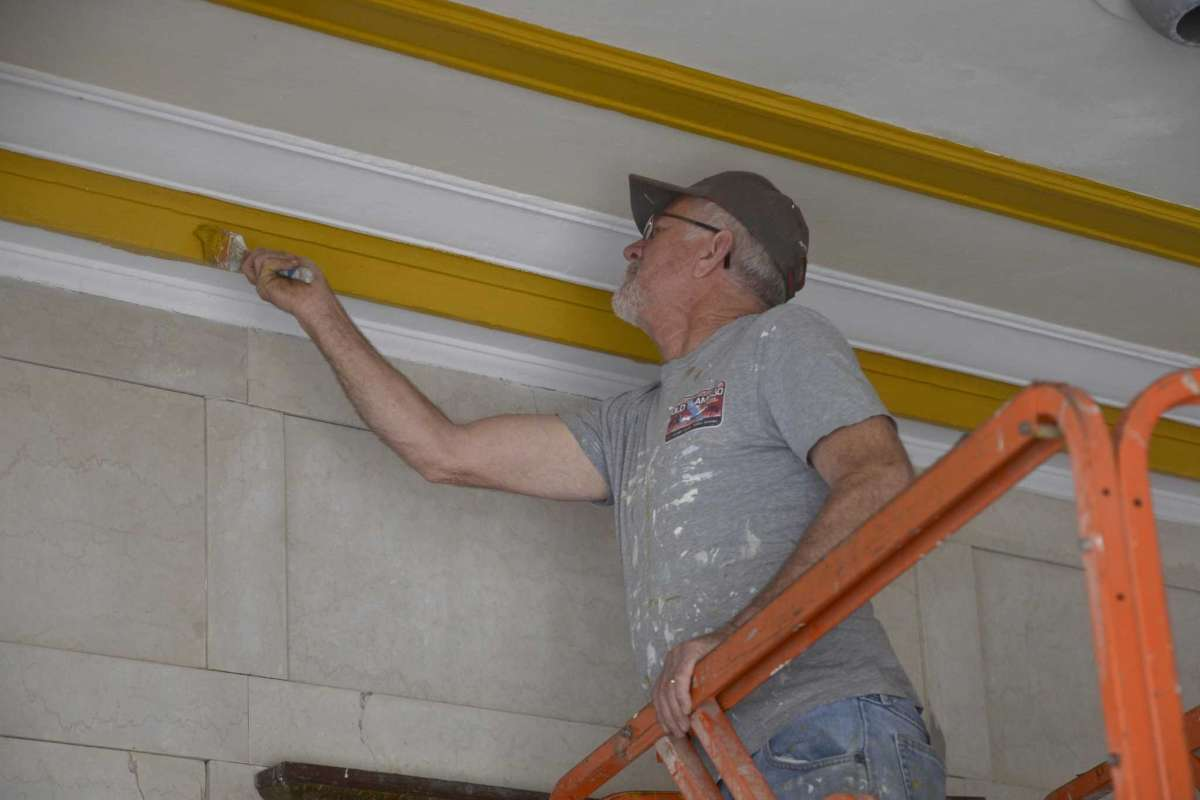 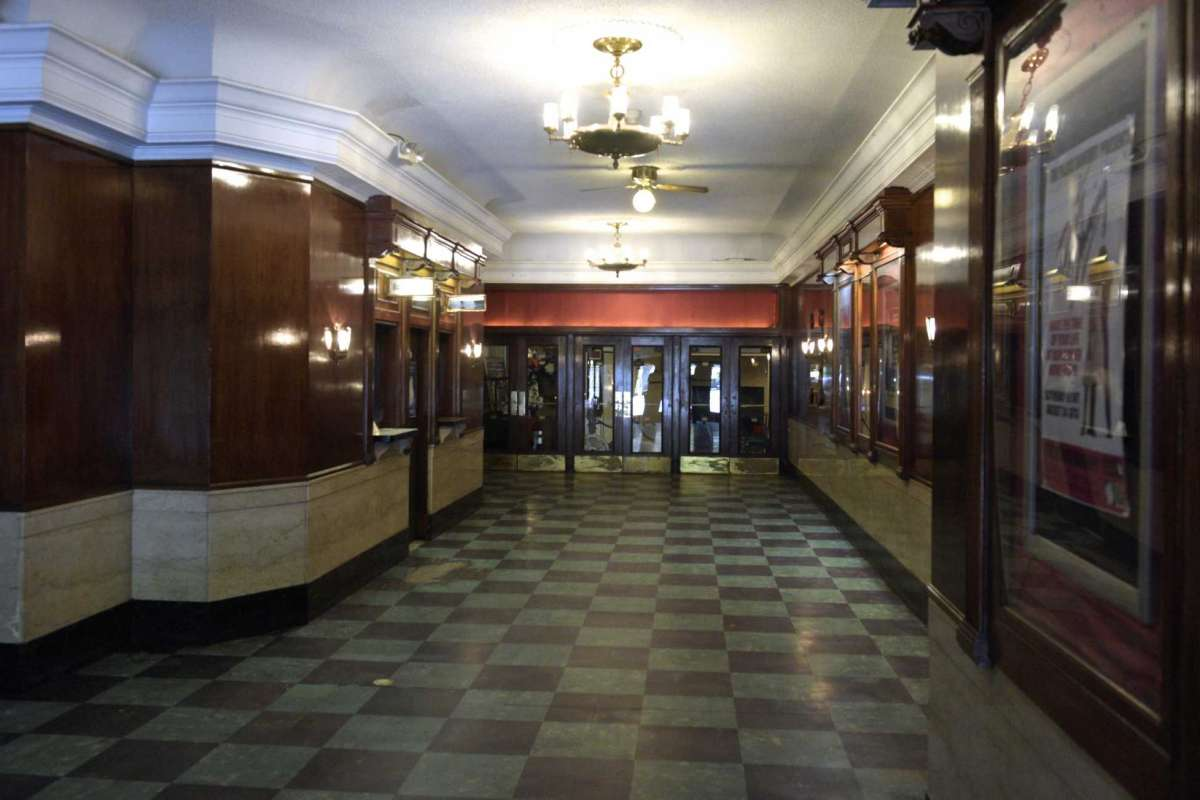 The Palace Danbury theatre will be reopen on Saturday for the first time since March 2020. It is undergoing a minor restoration. Thursday, June 17, 2021, in Danbury, Conn.

A shadow hung over The Palace theater’s last show.

On Saturday, March 7, 2020 — the day after the first Danbury and Connecticut connection to the coronavirus was reported — and a comedian performed at the downtown theater as an early St. Patrick’s Day event.

“It was a really funny show … but something didn’t feel quite right,” said Carol Freud Spiegel, managing director for The Palace. “The staff and audience were all talking about ‘that virus.’”

Shortly after, the Palace and other venues across the state and nation closed.

With reopening has come increased cleaning and a minor restoration to the marquee.

Theater officials had considered opening earlier, but will open now without the COVID-19 restrictions the state was under until a month ago.

“I’m glad we waited until now to open,” Spiegel said.

The reopening comes as new COVID-19 cases in Danbury are at among the lowest since the beginning of the pandemic.

The city reported eight positive tests taken June 8 through June 13, according to Danbury’s latest report. That’s the lowest weekly number since seven cases were reported the week of March 9, 2020, and a big improvement from several months ago, Mayor Joe Cavo said.

“I’m excited to see businesses start to be able to reopen,” he said. “It’s nice to be at this point in time.”

He said he still wants to move forward “cautiously,” but has seen more people in restaurants and businesses.

Patrons at The Palace will not be required to wear masks, although staff will, Spiegel said. The theater brought in an outside service to clean and sanitize the building from “head to toe,” she said. The air filtration system was upgraded.

The theater has 400 seats, but only 200 tickets will be sold to Saturday’s show. All tickets are general admission, so patrons may seat themselves away from others.

“This will be a self social-distanced show,” Spiegel said. **“**There are some seats that will be closed off. I don't anticipate us to be at capacity this weekend.”

Ahead of the opening, the theater is returning to its roots. The marquee has been painted with the historic colors the theater’s opening in 1928, she said. LED lights were installed on the marquee.

“The space and the time has given us time to reflect on what we want to see and what we want our public to see,” Spiegel said. “It's pretty exciting.”

The theater plans to continue with interior restoration, she said.

Saturday’s show begins at 8 p.m. with opener Anita Wise, a stand-up comedian who has been featured at the “Just for Laughs Festival” in Montreal and has appeared on “Seinfield” and “The Tonight Show” with Johnny Carson and Jay Leno.

The main act is Julia Scotti, who has been named one of the Top Five Transgender Comedians in the country by The Advocate magazine. She was a finalist on Season 11 of “America’s Got Talent” and is known as the “crazy old lady of comedy.”

She has a comedy special on Showtime called “More Women of a Certain Age” and a new documentary film, “Julia Scotti: Funny That Way.”

Scotti said she appeals to all generations.

“Young kids laugh at me because I'm like a crazy grandmother,” she said in a statement. “Middle-aged people say I remind them of their grandmother, and my age people say it's so true what I say.”