DANBURY — A vacant retail building last used by Pier 1 Imports bordering the Danbury Fair mall would be torn down and replaced with a smaller building to house a drive-thru restaurant and other commercial space, according to plans reviewed by a city commission this week.

“My client has agreed to buy the former Pier 1 Imports site on the corner of Backus Avenue and Sugar Hollow Road,” said Ward Mazzucco, an attorney representing the developer, during a hearing Wednesday before Danbury’s Environmental Impact Commission. “The existing building is just under 10,000 square feet, and we’re proposing to eliminate that building and replace it with one that is …just over half the size. The new building would consist of a restaurant with a drive-thru and a medical or retail unit in the remainder of the space.”
Mazzucco is referring to plans for a 1.2-acre site on the eastern border of the Danbury Fair mall that has been vacant since 2020, after Pier 1 announced hundreds of store closures. 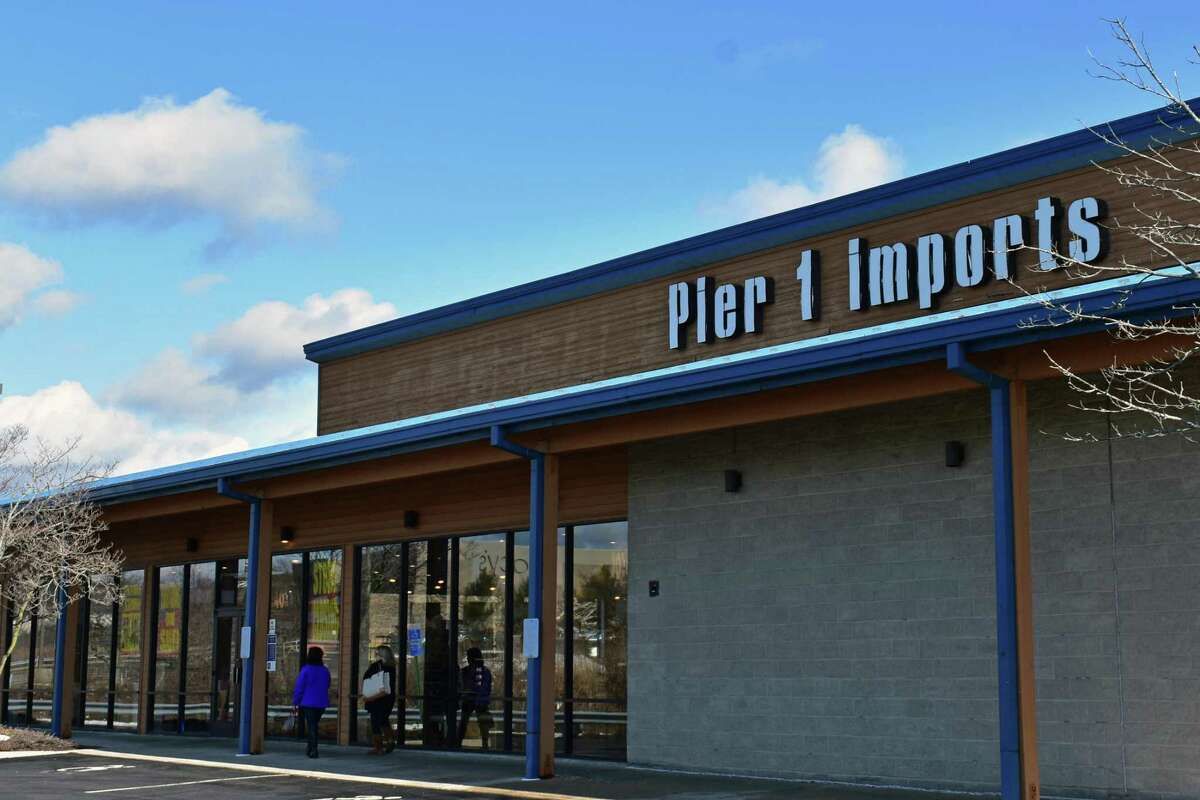 A representative for the developer would not say on Thursday what restaurant would come to Danbury, noting the lease had not been signed.

Where developers often try to squeeze as much square footage as they can into a given site, the blueprints for the Pier 1 site call for reducing the building footprint and returning some of the parking lot to Mother Nature.

“The proposal is to pull back some of the parking area that currently is in place to re-vegetate it with grass,” Mazzucco said. “The existing grades will be retained to minimize excavation.”

Although the site in question is in a heavily developed corridor of Danbury’s booming west side, environmental concerns are important because the Kissen Brook runs behind the property.
“In terms of wetlands impact, it should be minimal,” Mazzucco told the environmental commission. “If anything, we’ve improved the impact on wetlands by pulling the pavement area back a bit and by increasing the permeable area.”
The developer looked at refitting the existing building instead of razing it, to minimize disruption to the site.

“It was later determined that the existing condition of the building was not suitable for a modern restaurant with drive-thru and medical user, and ultimately a new building has been proposed,” the developer wrote in its application to the city.
The public hearing before the environmental commission will be continued on May 25. In addition to wetlands approval, the developer needs permission from the city’s Planning and Zoning commissions.
The plans are the latest in a series of development news for vacant free-standing buildings on the Danbury Fair mall’s periphery.
In March, city zoners approved plans by a Nissan-Infiniti dealership to take over an empty 78,000-square-foot building last used by Sports Authority and Bed, Bath and Beyond, just south on Sugar Hollow Road.