DANBURY — With ongoing upgrades to the Danbury War Memorial, its lobby will be transformed into a museum that honors local history and heroes. 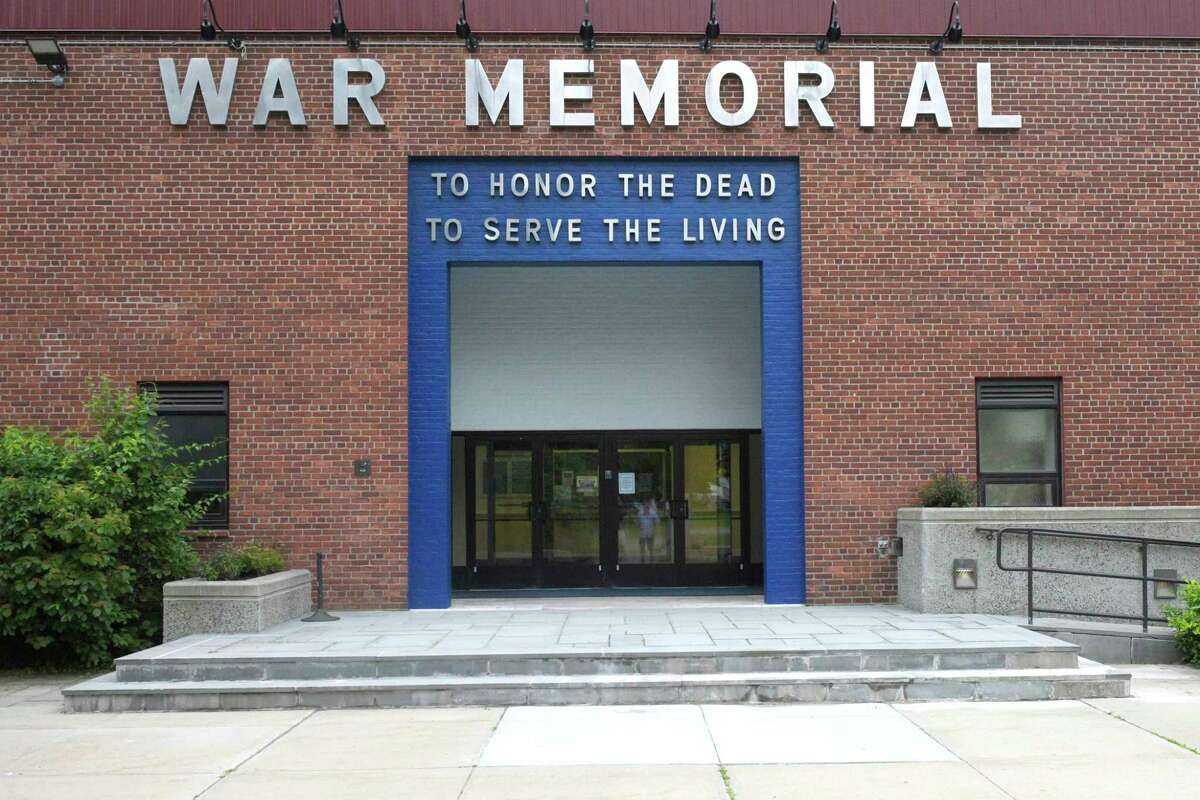 The first phase of upgrades at the nonprofit recreation facility began a month ago with a recently completed renovation of the lobby. Additional upgrades are expected to be completed over the next two years.

“It’s an exciting time at the War Memorial,” said Robert Botelho, president of the Danbury War Memorial Association Board. “The upgrades will make it more relevant than it ever has been. We used funds from our golf outing and car show events for the lobby. The goal was to turn the lobby into a museum so that when people come into the building they can see the history of the War Memorial.”

The Danbury War Memorial is a living memorial to those who served in our armed forces, Botelho said. The Walk of Honor and monuments on the grounds serve as the first indication of this mission. Plaques will be added to list past directors and past presidents of the War Memorial to give the public a history of the building itself, he said.

“Inside the newly renovated front lobby are memorials to those who have served our great nation as well as supporters of the Danbury War Memorial,” Botlho said. “Murals, plaques and other tributes commemorate the sacrifice of local heroes in the main lobby. These serve as constant reminders to those who visit the War Memorial for civic events.

“When people first walk into the building, we want them to see and understand the history of the War Memorial, an iconic symbol of the city that is a vibrant and active facility,” he added.

The next upgrade will be adding two bathrooms that are compliant with the Americans with Disabilities Act.

Also, there are plans to expand its size of its popular fitness center over the next year, Botelho said.

“To continue civic functions and serve as a resource to the community, maintenance of the building is of the utmost importance,” Botlho said. “Ongoing maintenance and improvements to the building come at a significant cost and are overseen by the Board of Directors.”

The State of Connecticut Neighborhood Assistance Act provided funding to upgrade the exterior lighting on the building. The Danbury War Memorial has been approved for a state grant of $1.4 million that will be used to replace the two boilers in the building and upgrade the electrical and HVAC systems. Central air conditioning will be added to the entire building.

Additional funding has been approved by the Community Development Block Grant program to update the two bathrooms. Beyond grants and funds from operations of the building, additional funding comes from event sponsorships such as the War Memorial Golf Tournament and the Car Show.

The last car show was held before COVID-19, and another car show fundraiser will be held Sept. 4. Botelho said the first car show raised about $50,000.

“It is why these state-of-the-art upgrades are important.”